Great news for contractors and city engineers that use POSM Software and Cityworks! POSM has refined its software so it’s easier than ever to sync POSM CCTV inspections into the Cityworks SQL Database. And chances are, the POSM Cityworks Sync Tool is already a part of the POSM Software running on your computer. 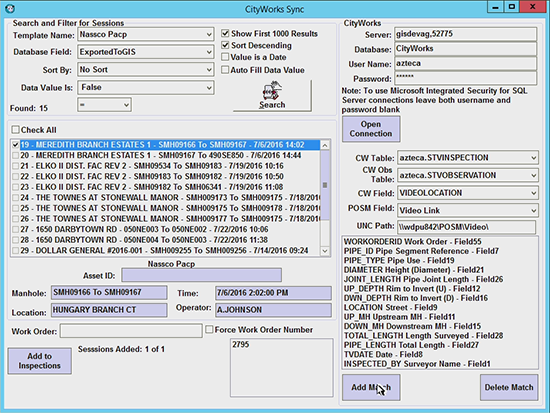 Cityworks has a goal to unify GIS technologies for the 21st century, and is used by over 650 infrastructure clients nationally. Many cities and municipalities now require contractors to use the platform, and with good reason. Fortunately, contractors who use POSM don’t have to choose. Customers that use POSM Server and POSM Storage (our two full-feature Office products) can already merge the platforms.

Contractors have been able to sync POSM inspections with Cityworks for a few years. Bob Katter, co-founder of POSM Software, recently created an improved Cityworks tool included with POSM 10X. The upgrade offers engineers who merge POSM Software CCTV sewer inspections with the platform a hands-down optimal experience, with flexibility and customization not found anywhere else. POSM has thoroughly tested the newest Sync Tool with various contractors in several major cities to incredible results, and we’re rolling it out for more. 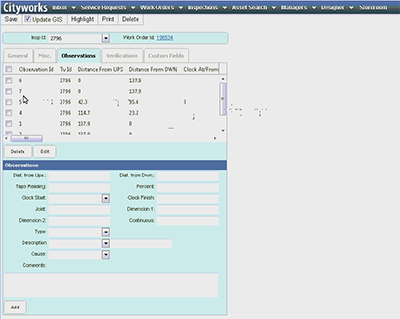 The Cityworks Sync Tool was created specifically for contractors that need to merge their POSM CCTV investigations with Cityworks, but Katter emphasized that the Sync Tool includes many functions that will make the jobs of POSM users a lot easier. “Integrating with Cityworks enables people to manage accounting, planning, and job execution, all while they directly communicate with POSM Software sessions.”

The Sync Tool allows POSM, GIS, and Cityworks to all talk directly to each other, so POSM inspection data can merge with the program and seamlessly populate its database and GIS map. Afterwards, that data becomes accessible to all users. 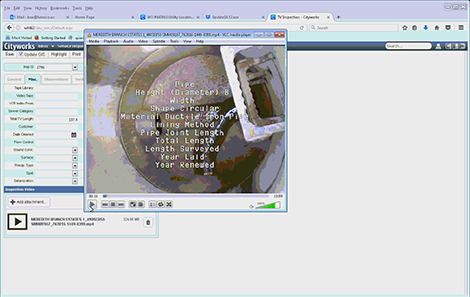 POSM 10X, with its Cityworks Sync Tool, integrates fully with NASSCO V7 templates. For contractors that never use NASSCO, the Sync Tool includes an array of customizable templates, giving users the ability to create files that report exactly what they need to know. In an industry where every client prefers their reports in a specific format, that’s a huge timesaver.

Let’s look a little closer “under the hood” of the Sync Tool.

...the [Cityworks] Sync Tool includes many functions that will make the jobs of POSM users a lot easier.

Any contractor that utilizes Cityworks should seriously consider trying POSM 10X for your inspection software. This is true especially if you’re unhappy with the interaction of your current investigation software. But even if you think everything is fine, we're confident our product offers the greatest flexibility and functionality at a value that meets or beats any competitor, with features you didn’t even know you were missing. Contact us today at 859-274-0041 or click here to schedule a free demonstration and a no-obligation FREE 60-day trial.