A Closer Look: The Hardside Briefcase

Let’s take A Closer Look at the hardside controller Briefcase, a rugged piece of computer equipment bundled with the Owl Vision 360° HD Manhole Camera, and is more versatile than you might think.

As we mentioned recently, we’re excited to move forward with our sales agreement with Rausch USA for the Owl Vision 360° HD Manhole Camera product, a system positioned to be a major game changer in the industry.

As part of a bundle deal, some customers may undervalue the controller Briefcase, but the equipment adds a lot of versatility and value to your purchase. 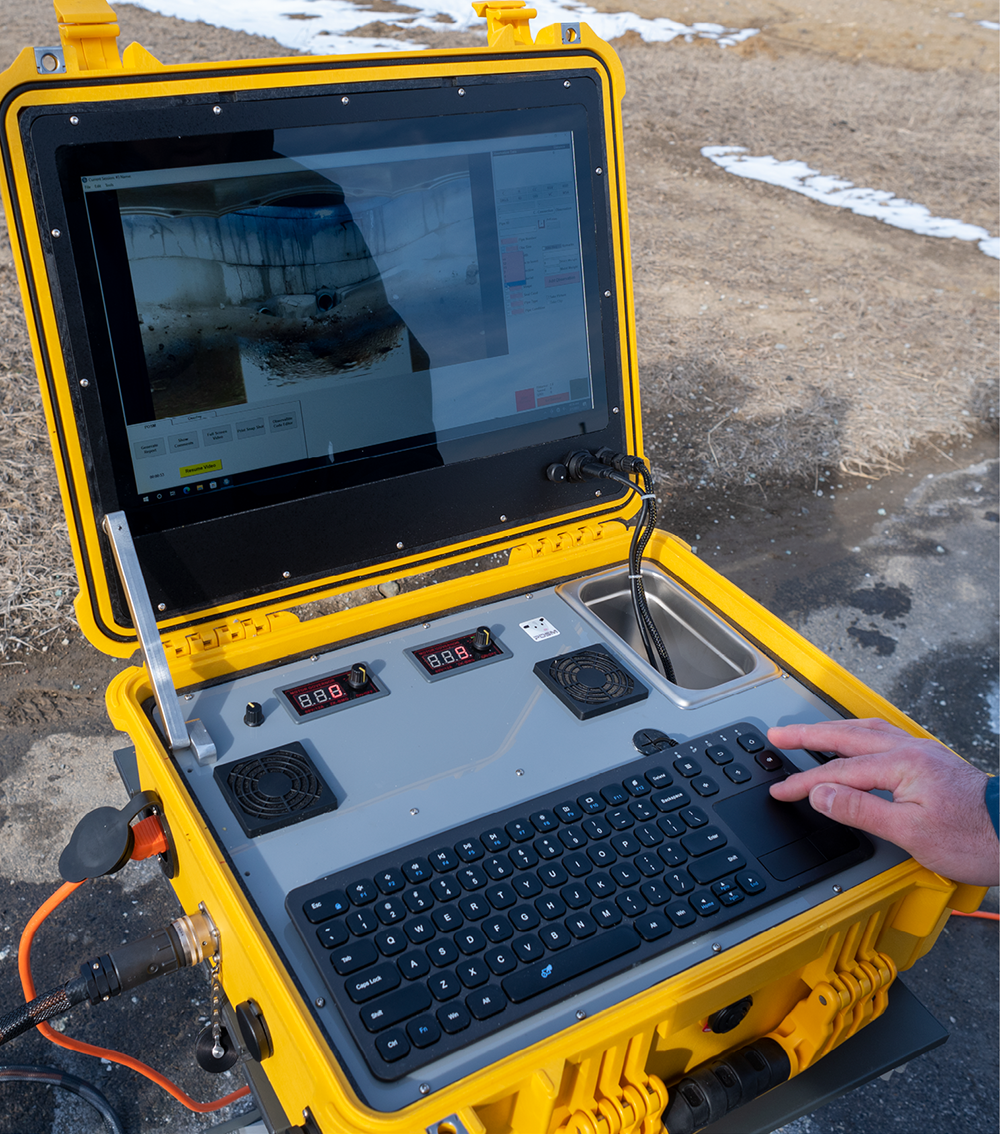 The controller Briefcase adds value to your purchase.

We sat down with the system’s co-designer Bob Lawhorn and reviewed the hardside Briefcase bullet points as listed here on the Owl Vision Systems website. He helped us break down these claims in greater detail:

The Briefcase is delivered pre-loaded with POSM Manhole, new, specially written software to easily access all the most helpful features of the Owl Vision 360° HD Manhole Camera. The software is also compatible with any push camera with a video output. Customers can also load the Briefcase computer with POSM Lite or POSM Pro and use it to control a crawler or push camera for a mainline pipeline or lateral inspection.

Customers can use the Briefcase to control a crawler or push camera for a mainline pipeline or lateral inspection.

The camera is designed to work outdoors and is “contractor tough.” Lawhorn recalls his experiences testing the limits of the Briefcase: “I left [the system] to run in the summertime heat for two consecutive days. Initial tests exposed a heating issue, so we added fans to the design, which addressed the issue.” He’s also used it in 15°F weather, and with snow covering the ground. 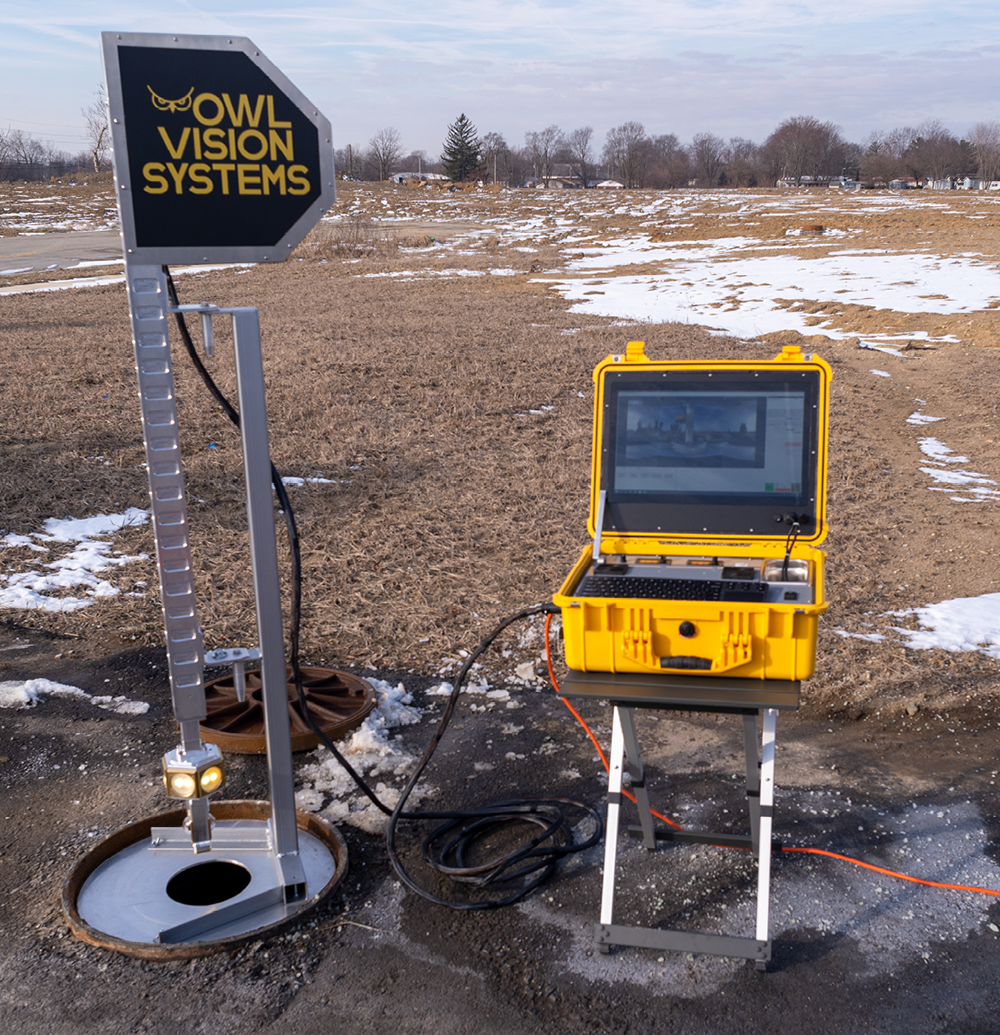 The Manhole Camera and Briefcase are designed to work outdoors and are "contractor tough."

So what are the Briefcase's connections, exactly? It’s hard to be precise, because customers have customizable options here, but the default configuration will come with all waterproof connectors. There is an external USB 3, the 12VDD Input, the 110VAC input, and optional analog video / distance counter input, plus the 26-pin military style connector to connect to the manhole camera and poles. Beyond that, there are plenty of ways to create a build to include whichever device hookups YOUR company needs in a configuration that best suits you. Our sales team can help you with that.

The monitor built into the Briefcase offers clarity that has to be seen to be believed. “After experimenting with various canopies and shields to cut back on the sunlight glare, we found the manufacturer of a military-grade computer monitor that remains clearly visible in direct sunlight, even standing 30 feet away.”

...a military-grade computer monitor that remains clearly visible in direct sunlight, even standing 30 feet away.

Can run on either 110Vac or 12Vdc input power sources.

In plain language, the Briefcase has power connectors to run off either a standard (3-prong) household power outlet, or it can run off a truck battery.

Designed and assembled in the USA.

Whenever possible, components of the camera and its Briefcase were assembled by utilizing products from US-based companies. Each unit is assembled by Owl Vision in our Midwest facility.

The hardshell Briefcase is a product of Pelican, a casing company that has operated out of Torrance, CA, since its formation in 1976.

Every component of the camera and its Briefcase is “plug n play.” No soldering is required, so it’s easy for POSM Tech Support to send out spare parts and talk the customer through the installation.